The House of Taittinger Champagne

In 1734, Jacques Fourneaux, a merchant of champagne wines, established the company that would some day become Taittinger. In that early part of the XVIIIth century, the Benedictine abbeys of Hautvillers, Pierry, Verzy, and Saint-Nicaise in Reims, owned the best vineyards in the Champagne region. They cultivated the vines and pressed the harvest to produce the first sparkling wines which they either sold themselves, or through agents in Epernay or Reims. Jacques Fourneaux therefore joined the great adventure of the champagne trade...cautiously at first.

The House of the Counts of Champagne
The company prospered throughout the XIXth century and after the First World War moved to the fine XIIIth century historical residence located on rue de Tambour: "The House of the Counts of Champagne". This was the home of Thibaud IV, known as the Singer, who brought back from Cyprus the vines which are the ancestors of today's Chardonnay.

It is at this time that the merger occurred between the company, which had come to be known as Fourneaux-Forest, and the Taittinger family, which would ultimately take control.

Fourneaux-Forest label, 1839 vintage
The Taittinger family had its roots in Lorraine, but left its native province in 1870 following the Treaty of Frankfurt and settled in the Paris area in order to retain its French nationality.

Château de la Marquetterie
In around 1912, Pierre-Charles Taittinger was running a business involved in the distribution and export of champagne with one of his brothers-in-law. A young cavalry officer during the First World War he made his first visit to the Château de la Marquetterie near Epernay, at that time the headquarters of General de Castelnau and Marshal Joffre. He instantly fell in love with this magnificent property in the purest XVIIIth century style, anchored to the slope of one of the finest Champagne hillsides; its vineyards, unusually, planted partly with white "Chardonnay" grapes and partly with red "Pinot", giving the vineyards the appearance of a huge chessboard in the weeks leading up to the harvest. The vineyards of la Marquetterie had been run by Friar Oudart, one of the founding fathers of champagne.

In 1932 Pierre Taittinger succeeded in acquiring the great residence, which had formerly been home to the philosopher Cazotte, who was sent to the guillotine during the French Revolution for his loyalty to King Louis XVI.

Something of an innovator and visionary, Pierre Taittinger decided that Chardonnay was to be the dominant grape for the brand. This has been a wise choice since the modern consumer enjoys the lightness, finesse and elegance afforded by this variety. From 1945, François, the third son of Pierre Taittinger, along with his two brothers Jean and Claude, oversaw a period of remarkable growth for the champagne house which for a number of years had carried their family name and began operation in the cellars of the Saint-Nicaise monastery, built in the XIIIth century on magnificent Gallo-Roman chalk cellars dating from the second century. A tragic car accident in 1960 cut short his brief but prolific career. Since then Claude Taittinger has presided over the destiny of one of the last great champagne houses to bear the name of the family that runs it, himself overseeing the quality of its products in line with tradition.

Taittinger Brut Réserve is a blend of Chardonnay wines (40%) and Pinot wines (60%) from 40 different vineyards and matured to perfection. Such a high proportion of Chardonnay is seldom found among the great champagnes.

TASTING
The colour is brilliant, golden straw yellow. The bubbles are fine. The mousse is both discreet and persistent.
The nose, very expressive and open, is both fruity and bready. It exudes aromas of peach, white flowers (may blossom, acacia) and vanilla pod.On the palate, this lively fresh wine is at once in harmony. This is a delicate wine with flavours of fresh fruit and honey.In all a wine blessed with a well-developed aromatic potential. It is aged for three to four years in the cellars where it achieves perfect maturity. 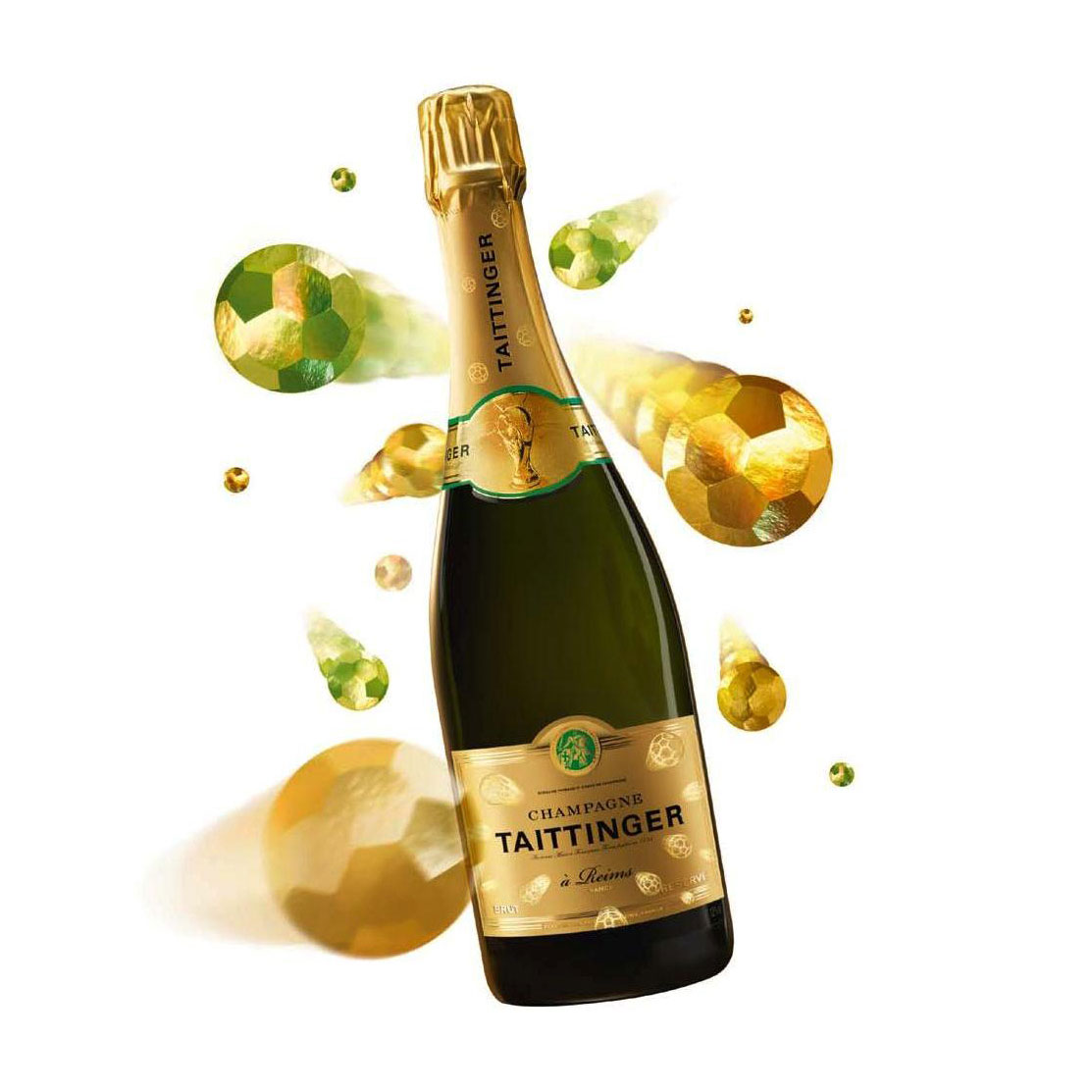 Wine Guides
Champagne Guides
Other Guides
In 1734, Jacques Fourneaux, a merchant of champagne wines, established the company that would some day become Taittinger. In that early part of the XVIIIth century, the Benedictine abbeys of Hautvillers, Pierry, Verzy, and Saint-Nicaise in Reims, owned the best vineyards in the Champagne region.